Simply share this product on one of the following social networks and you will unlock 15% off!

Thank you for sharing!

Copy the discount code below and paste it at checkout to get your discount!

Currently there are no items in quick compare list

Social media is an incredible tool. From the early days of MySpace and Facebook, it has now become one of the world’s leading forms of communication. From friends connecting with each other, to global brands communicating with customers, it is used by billions of people every day. Amongst every social media platform, Instagram has established itself as one of the most popular, with 500 million people using the Instagram Stories function each day.

Since their introduction in 2016, Instagram stories have become incredibly popular. The easily consumable nature, combined with the fact they are automatically deleted after 24 hours, ensure people can upload multiple posts every day. As the popularity of Instagram Stories grew, users were able to use an increasing number of filters to distort their features. 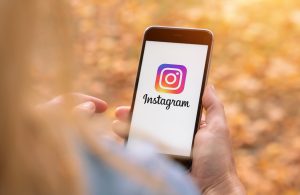 Initially, the Instagram Story filters were a fun addition of pre-set facial features. One such filter was the ability to add a dog’s ears and nose to the user taking the selfie before an augmented reality tongue would lick the screen.

On the outside, this was a harmless and fun addition; however, the majority of users were choosing this filter as it would slim the face and smooth their complexion. These early filters soon morphed as Artificial Intelligence and Augmented Reality software became more commonplace.

These facial effects, such as ‘Plastics’, ‘Top Model Look’, and ‘Perfect Face’, drastically alter the user’s face. Each of these filters could help give the user the appearance of having had an array of plastic surgery, from lip fillers and nose jobs to Botox and brow lifts.

While some of these filters clearly look fake, many now look incredibly realistic, which has led to plastic surgery becoming more accepted. Research has shown that the number of facelifts in America rose by 21.9% in 2018, while breast lifts and other forms of plastic surgery also increased significantly.

As the trend to use these filters only continued to grow, the platform began to receive backlash on the way its filters were distorting reality. This backlash was prompted by research suggesting face-changing apps and filters were making people feel worse about their physical appearance. This led to the platform making the decision to ban cosmetic surgery filters in 2019.

However, despite this ban, there remain a number of filters active on the platform that can help users to change their looks and improve their physical features. We live in a truly digital world nowadays, and the use of these filters has become second nature for millions of users around the world. 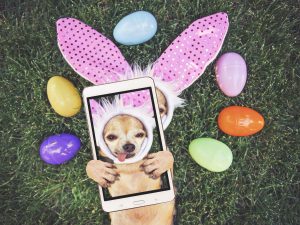 The global pandemic has only increased the number of people online, with Instagram seeing a surge of popularity as the lockdown began. As the use of filters becomes second nature, it has given rise to the term ‘Instagram Face’.

Instagram Face is the term given to those women who feature porcelain skin, high cheekbones, cat-like eyes, small noses, and plump lips. This look has been made famous by some of the world’s most famous models, and these filters give people the chance to see how they too could look like their heroes.

This led to more people, particularly women, looking to turn those filters into reality by opting for plastic surgery. Across the world, Instagram users have been seeking lip fillers, Botox, and a wide range of plastic surgery in a bid to look like their icons.

What does the future have in store?

With the popularity of Instagram showing no signs of slowing down and our lives becoming increasingly more online, the use of filters is only going to become more frequent. Equally, as technology continues to advance and Augmented Reality and Virtual Reality software improves, Instagram filters and face filters are going to become far more realistic.

This is going to see a greater number of people seeking ways to turn their filtered selfies into their real-life look.

arrow_back Back to News